COBOL (“common business-oriented language”) is a compiled English-like computer programming language designed for business use. It is imperative, procedural and, since 2002, object-oriented. COBOL is primarily used in business, finance, and administrative systems for companies and governments. COBOL is still widely used in legacy applications deployed on mainframe computers, such as large-scale batch and transaction processing jobs. But due to its declining popularity and the retirement of experienced COBOL programmers, programs are being migrated to new platforms, rewritten in modern languages or replaced with software packages. Most programming in COBOL is now purely to maintain existing applications.

COBOL was designed in 1959 by CODASYL and was partly based on previous programming language design work by Grace Hopper, commonly referred to as “the (grand)mother of COBOL”. It was created as part of a US Department of Defense effort to create a portable programming language for data processing. It was originally seen as a stopgap, but the Department of Defense promptly forced computer manufacturers to provide it, resulting in its widespread adoption. It was standardized in 1968 and has since been revised four times. Expansions include support for structured and object-oriented programming. The current standard is ISO/IEC 1989:2014.

COBOL statements have an English-like syntax, which was designed to be self-documenting and highly readable. However, it is verbose and uses over 300 reserved words. In contrast with modern, succinct syntax like y = x;, COBOL has a more English-like syntax (in this case, MOVE x TO y). COBOL code is split into four divisions (identification, environment, data and procedure) containing a rigid hierarchy of sections, paragraphs and sentences. Lacking a large standard library, the standard specifies 43 statements, 87 functions and just one class.

Academic computer scientists were generally uninterested in business applications when COBOL was created and were not involved in its design; it was (effectively) designed from the ground up as a computer language for business, with an emphasis on inputs and outputs, whose only data types were numbers and strings of text. COBOL has been criticized throughout its life, for its verbosity, design process, and poor support for structured programming. These weaknesses result in monolithic and, though intended to be English-like, not easily comprehensible and verbose programs. 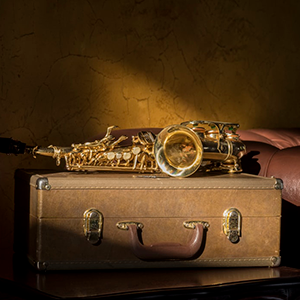