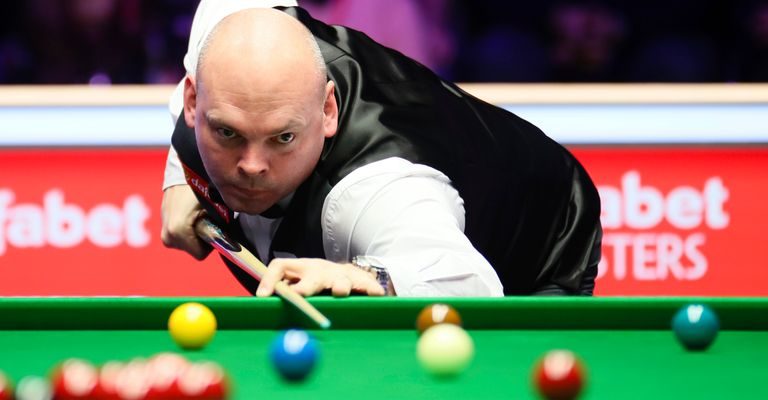 Stuart Bingham is an English professional snooker player who is a former world and masters champion. Bingham won the 1996 World Amateur Championship but enjoyed little sustained success in the early part of his professional career. His form improved in his mid-thirties: At age 35, he won his first ranking title at the 2011 Australian Goldfields Open, which helped him enter the top 16 in the rankings for the first time.

At 38, Bingham won the 2015 World Championship, defeating Shaun Murphy 18–15 in the final. The oldest first-time world champion in snooker history, he was the second player, after Ken Doherty, to have won world titles at both amateur and professional levels. His world title took him to a career-high number two in the world rankings, a spot he held until March 2017. He won his second Triple Crown title at the 2020 Masters, defeating Ali Carter 10–8 in the final. Aged 43 years and 243 days, he superseded Ray Reardon as the oldest Masters’ champion.

A prolific break-builder, Bingham has compiled over 500 century breaks during his career. He has scored eight career maximum breaks, the fourth most of any player, behind only Ronnie O’Sullivan (15), John Higgins (12), and Stephen Hendry (11).