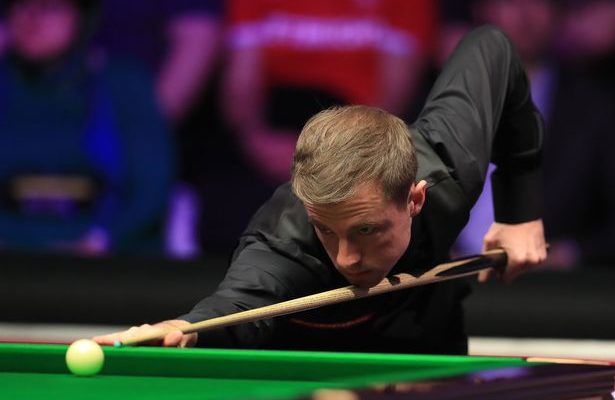 Jack Lisowski is an English professional snooker player from Churchdown, Gloucestershire. He turned professional in 2010 by finishing first in the 2009/2010 PIOS rankings. A left-handed player, he is known for his attacking style of play.

Lisowski began playing “snooker” at age 7, using ping-pong balls on a carpet. As a young player, he was trained by Gloucester professional Nick Pearce. He made his first century break at age 11.He was runner-up to Mitchell Mann in the 2007 Junior Pot Black.

In the 2008/2009 season he was runner-up in the sixth event of International Open Series to Xiao Guodong, and finished 23rd in the rankings. In 2009, Lisowski was awarded the inaugural Paul Hunter Scholarship, which would allow him to practise with professional players. At the time he was suffering from cancer, and was in remission from Hodgkin’s lymphoma.

Overcoming his illness Lisowski competed in the PIOS for the 2009/2010 season. He won the first and eighth event of the International Open Series and finished first in the rankings and so received a place on the 2010/2011 professional Main Tour.

Lisowski has reached six ranking finals, but has been runner-up each time, losing three finals to Judd Trump, two to Neil Robertson, and one to Mark Selby. He has made one maximum break in professional competition.